Christmastime at our house!

Our first Christmas after Steve and I got married he placed my wrapped gift from him under the tree four weeks before Christmas and refused to let me open it until Christmas day at my parents' house. Knowing my impatient nature and my compulsive need to solve mysteries, this act on his part was specifically designed to torture me.

He would later tell me it was to ensure I called him more often while he was travelling for work because I hate talking on the phone unless I have a specific reason to call.

Since then it has become a bit of a tradition for us to give in to our impatience and open our gifts to each other as soon as they are wrapped each year. This year was no different.

Last night when Steve got home we had our Christmas between the two of us and I have to say, I was clearly a very good girl this year.

But before I tell you what Steve got me, I want to tell you what I got for Steve. I bought it back in September and I have been DYING to give it to him early. 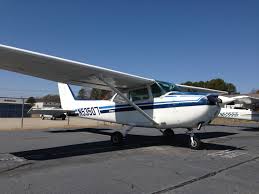 A one hour intro to flight lesson at the local airport! He gets a full hour in the air with a pilot learning about how to fly the plane and, after learning the basics, he gets to take the controls for a while and land the plane! Steve has talked about getting his pilot's license ever since I've known him but has always said it was too much money. Well, now he gets to at least try it out and see if the reality meets his expectations. The hour will count toward his license if he decides to go through with getting it as well, so, you know, bonus! lol

Now for what Steve got me... 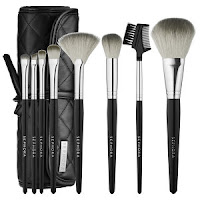 A set of makeup brushes from Sephora I've had my eye on for a while. They are made to be antibacterial and will stay that way with regular cleaning, so it will prolong their lifespan and help my efforts to keep my face from breaking out. 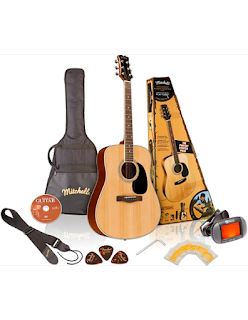 Something I haven't told many people about is my desire to learn how to play guitar. I have a TON of songs I like to sing with my students and I have always thought it would be cool to be able to play along with my songs. I used to play the violin and the upright bass and I have found that I truly do miss playing an instrument.

This is actually a "beginner guitar" set from a local music shop. It came with everything in the picture: the guitar (a Mitchell dreadnought acoustic guitar), carrying case, strap, extra set of strings, digital tuner, picks, and an instructional DVD on how to get started playing. I'll be playing "Smelly Cat" in no time! :)

I'm so freaking excited! And here I thought nothing could top what I got for Steve...
Posted by Bekkah at 9:13 AM No comments:

When God Says "No"

Maybe it's because of the circumstances in which I've found myself over the last couple years, but I've developed a bit of a pet peeve related to God and prayer.

It seems to me that people only say "God answered my prayers" when they get positive results... or a "yes" from God. Unless they get what they asked for they assume God didn't answer them. There is even a hit song by Garth Brooks alluding to this:

I have several issues with this line of thinking. Not the least of which being that it reduces God's role in our lives to that of a wish granting genie we turn to when we need a miracle rather than a loving father with whom we desire to build a relationship.

Can you imagine if we operated under this assumption within other relationships?
me: Baby, can you pick up a quart of milk on your way home?
husband: No, I don't have cash or my debit card with me today.
me: You aren't listening! I need you to pick up a quart of milk!
husband: I have no money with which to purchase milk. I won't be bringing any home.
*husband arrives home without milk*
me: If you truly existed and loved me like you say you do you would listen when I ask you to bring home milk.

It sounds insane. And it is.

The basic truth here is that God listens to all of our prayers and he answers all of them, too. Not all of them receive a simple "yes". Sometimes it's "not yet".

And many times God says "no". 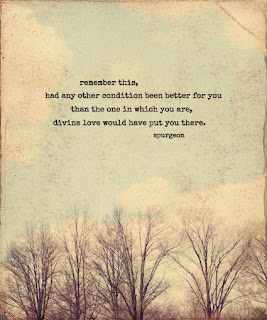 Being a Christian means trusting God with our lives. It means holding onto the promise that he will never abandon us and that his love will never ask us to endure trials without purpose or benefit to us. It's not easy, I'm not saying it is, but it's exactly what we signed up for when we prayed our first "I believe" prayer.

So can we all agree to stop saying "unanswered prayers" when we really mean "God said no"?
Posted by Bekkah at 8:21 PM 2 comments:

The good news is our caseworker seems awesome and the first visit went really well.

The bad news is visit #2 will be much more in depth and I'm already nervous.

Overall though our visit was not what I expected. Our caseworker loved on our dogs for a minute and then we sat on the couch and went over some information. She talked about the timeline of events from this point, shared information about how each visit would unfold, and then asked just a few questions about big pictures things.

For example, she asked how we would describe ourselves as a nuclear family unit and how we would create a positive environments for any children placed with us.

It was a bit weird inviting in a stranger and immediately talking nature vs. nurture with them... not gonna lie. But, she seemed genuinely invested in helping us grow our family.

We did go ahead and schedule our final two visits. Believe it or not we will finish everything before the new year! At that point it will be reviewed and sent off to the appropriate departments for approval.

I love paperwork and procedure as much as the next person. but I'm hoping our information defies tradition and flies through the approval process!
Posted by Bekkah at 12:02 PM No comments:

No, really. I have some very strong emotions right now and I'm dealing with them in some new and interesting ways.

It's on Tuesday morning....

Which brings us to the next emotion... PANIC! Is my house clean enough? Does our wall art make us look like self-involved jerks with no parenting skills? Should I give each room a fresh coat of paint? Should we have the kids' rooms all set up? How much clutter says "lived in but not a secret slob"? If I pull the fresh-baked cookies trick is she going to think I'm trying to manipulate her?

The questions are as numerous as they are ridiculous.

The excitement and panic like to team up and create this awesome sense of restlessness. You know how you feel when you've had three cups of coffee in an hour and if you sit still too long you literally shake? That's me right now - sans caffeine.

I spent the last two days scrubbing my house from top to bottom. As in, removing the screws on the bottom of my freezer to clean every inch of the appliance. As in making Steve go to the store for his weight in vinegar and baking soda to wash the patio stones. As in lint rolling every lampshade in the house.

Among the chaos in my head lately it's hard to believe there are non-crazy emotions happening too. I'm relieved that the ball is finally moving. I'm hopeful for 2016 and the possibility that I may finally become a mama next year. I'm grateful to God for bringing us this far. I'm shocked at how much love and support Steve and I have received over this adoption process.